The challenges laid out in the project brief for this site included differentiated messaging to six separate audience groups (physicians, nurses, and administrators, among them) with hiring opportunities spread throughout the country.

Correcting preconceptions many candidates have about working for the VA was an integral objective.

About the color red?

That was an unexpected usability test finding. The original design direction was based on a red, white and blue color palette with red featured prominently in the home page hero graphic.

Although patriotic, it turns out that red has very specific connotations in the medical community which the design team had not anticipated. As one test subject noted, “In the medical profession, red is considered a bad thing. Blood, alarming.”

By testing a design prototype, we were able to correct the color palette ahead of development and create a site that has won several awards: 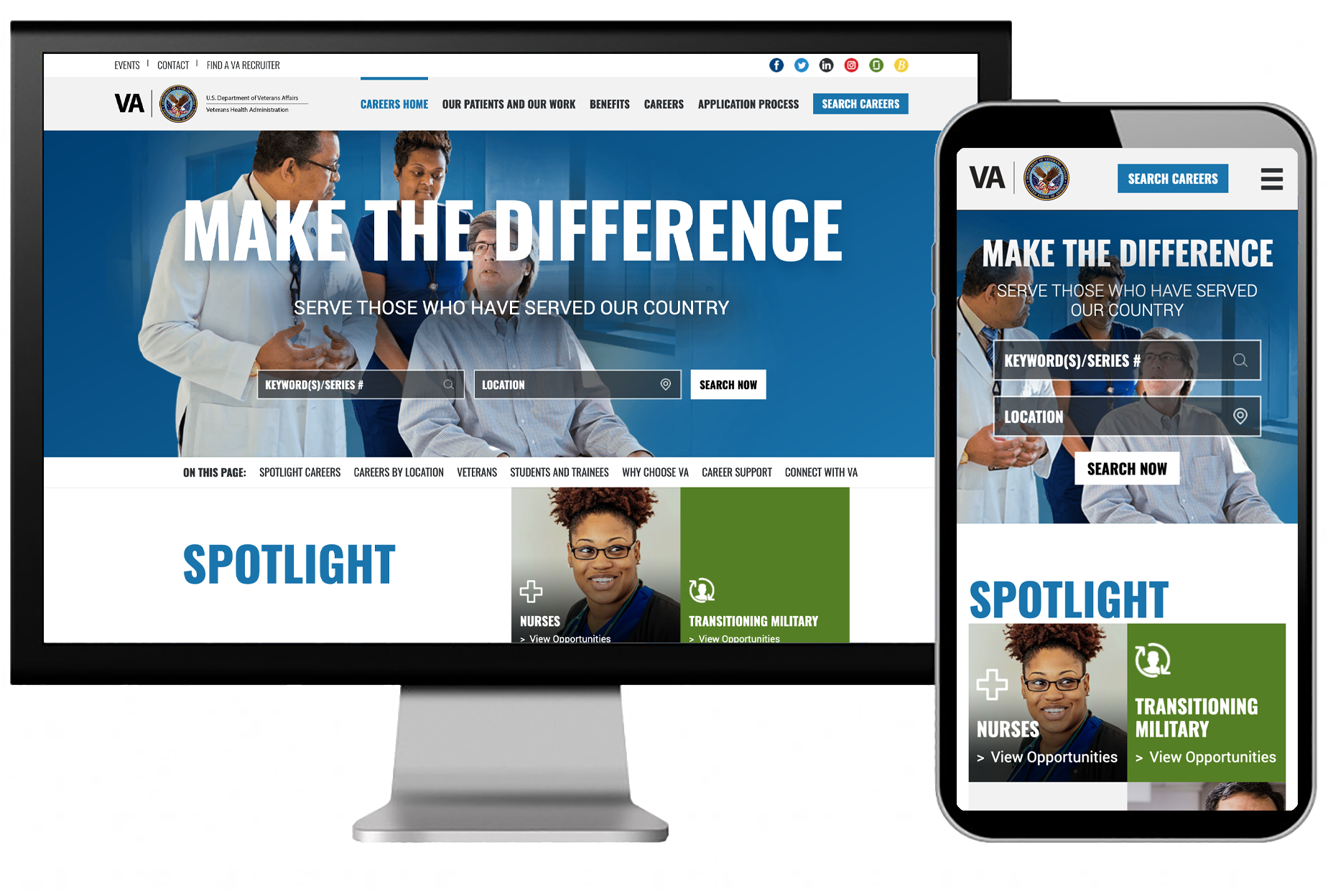 Remote meetings and document downloads to gain familiarity with client, site audiences, and project goals. VA is a long-term agency client so the UX discovery phase was condensed to briefings by agency employees who are SMEs in field.

Integrated list of core site objectives with extensive client-supplied audience research to develop a set of 11 content goals for the web site. A half-dozen personas were drafted to illustrate how key audience archetypes would be motivated and engage with the new VA careers web site. Drafted matrix referencing personas with content goals.

Created site map and iterated through two agency and client feedback cycles. Unusual for a careers web site, navigation was stand-alone rather than developed to fit within the navigation structure of the parent organization. 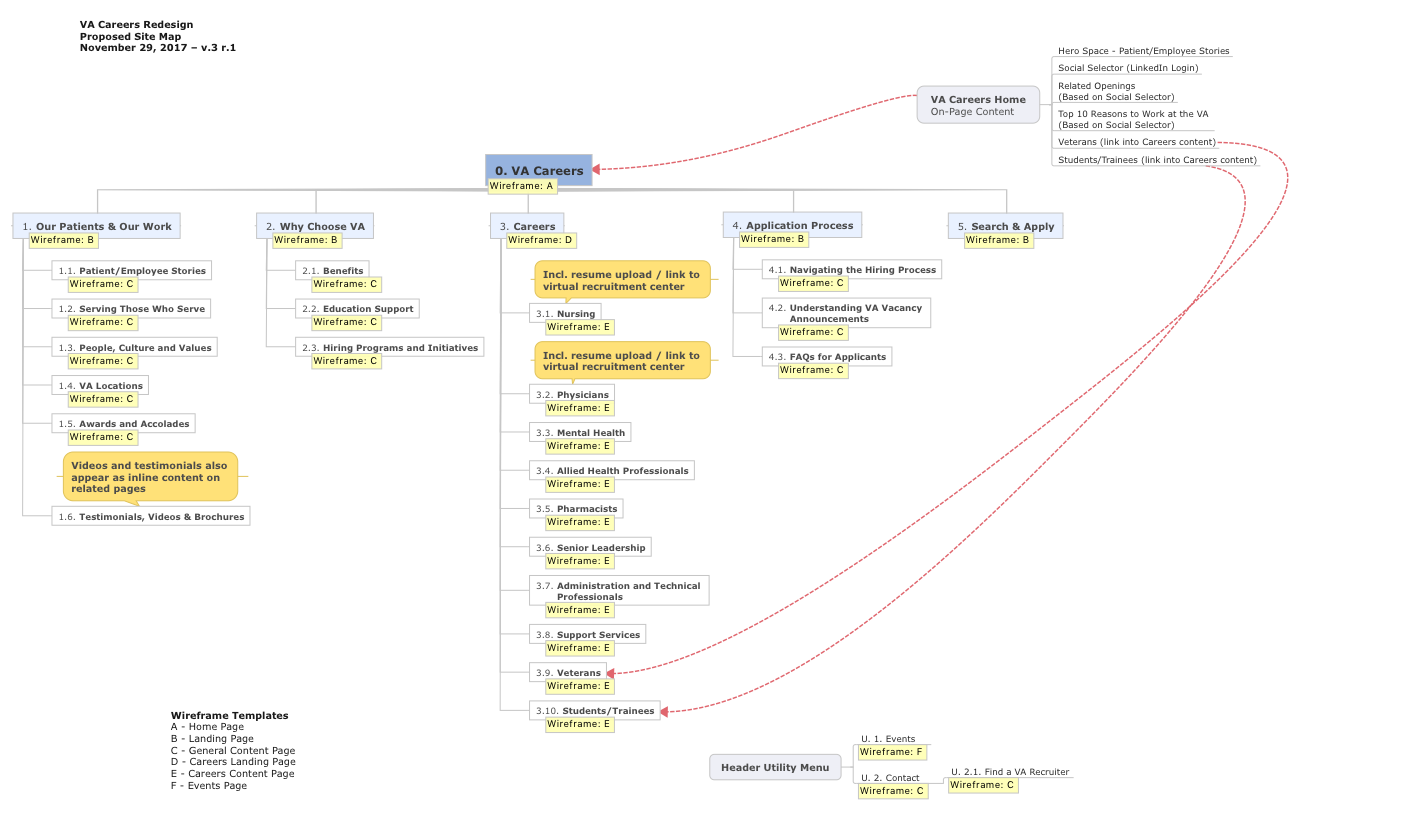 Site map with call-out for key home page modules. Wireframe templates have also been assigned in this final iteration of the site map. 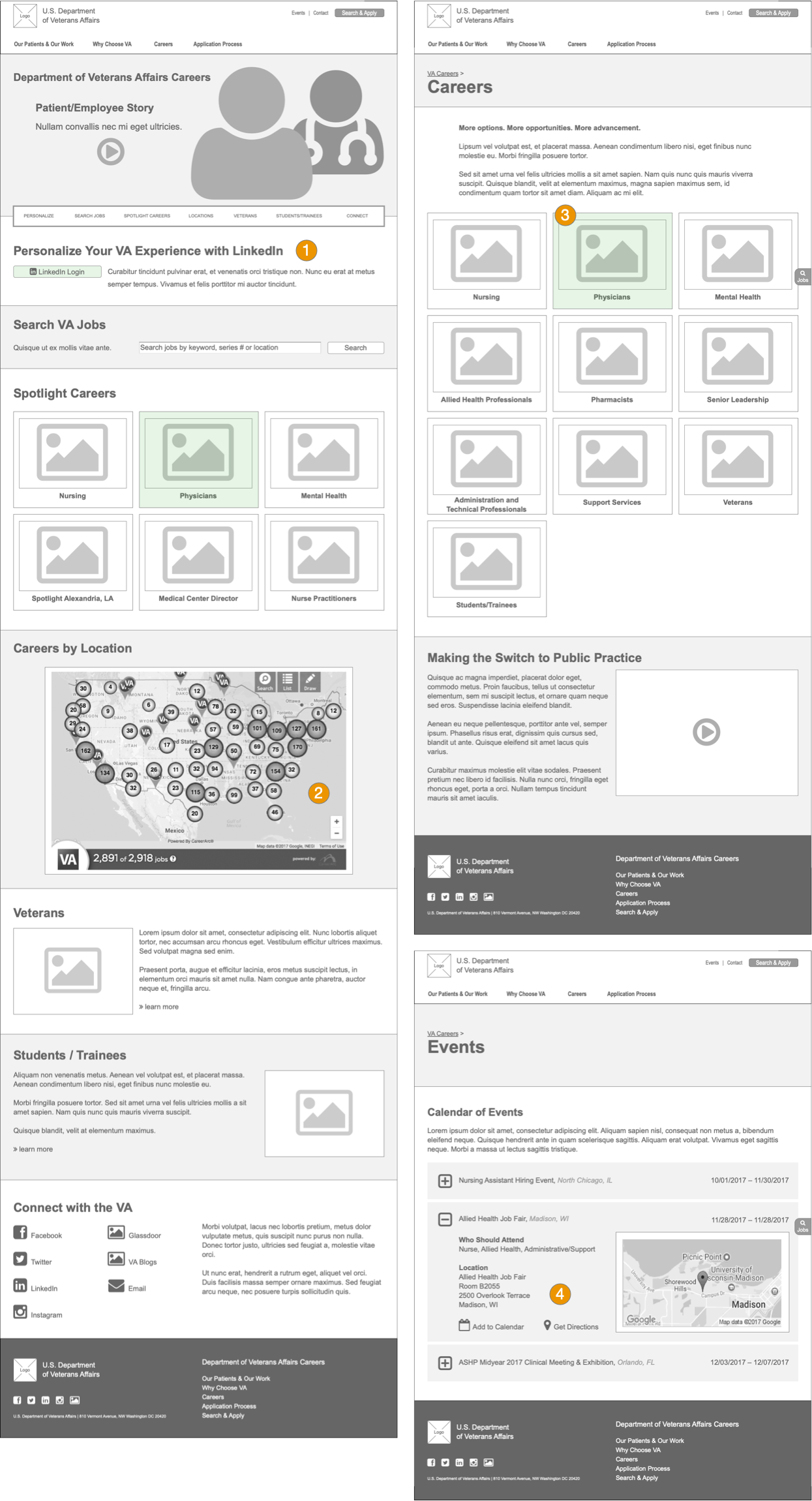 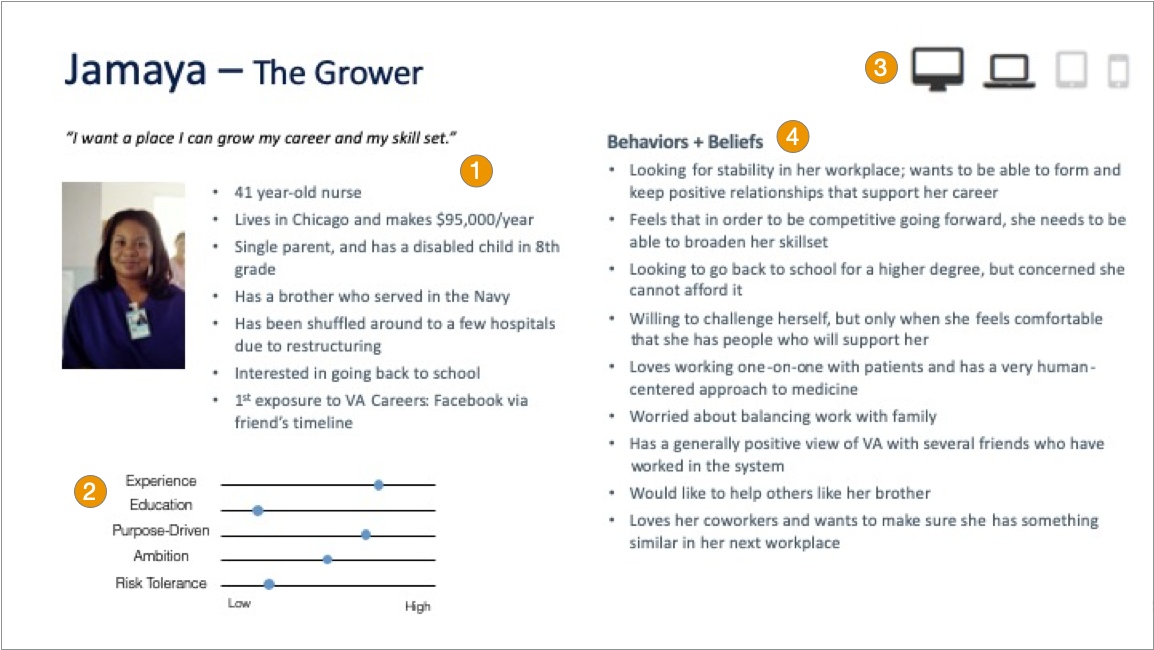 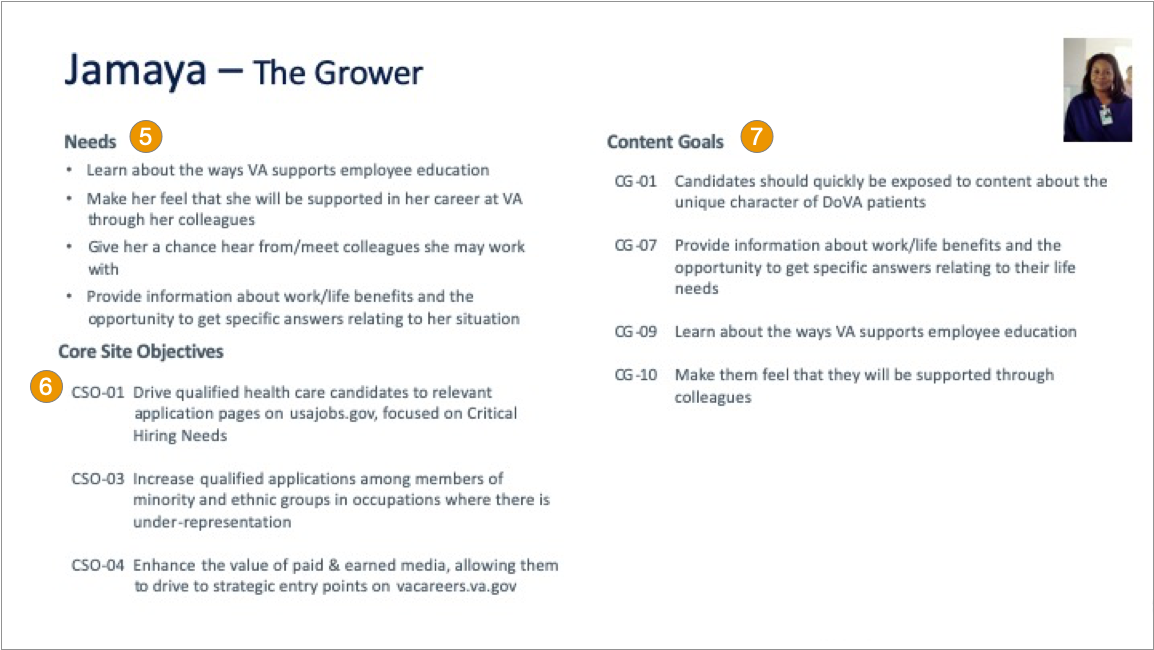 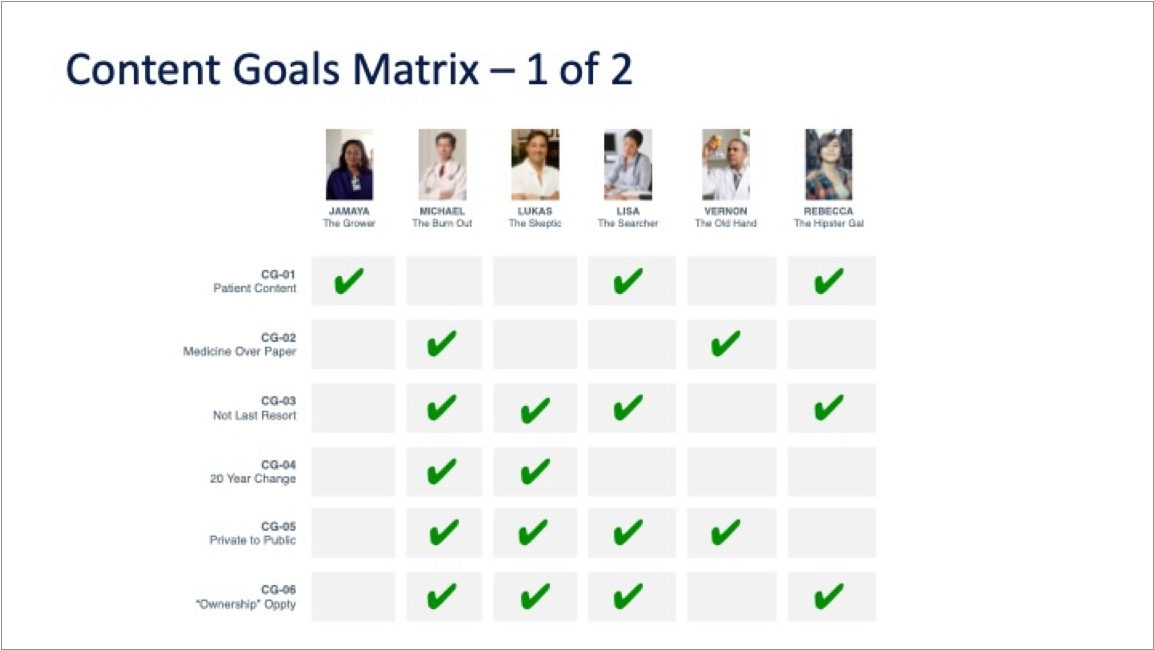 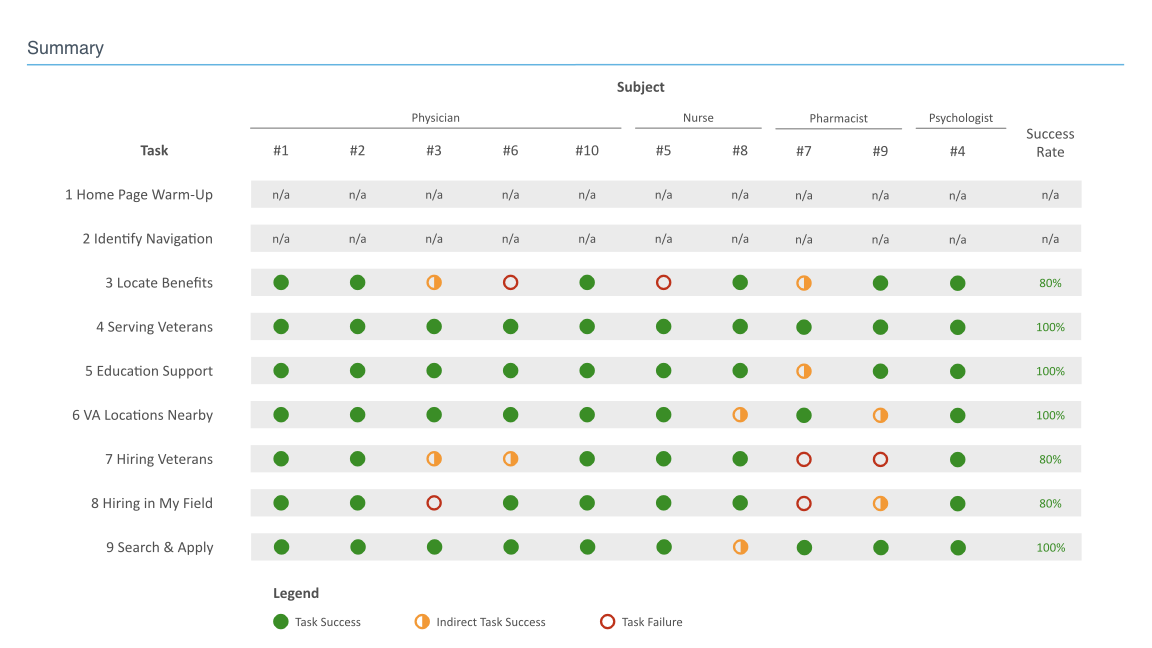 Task success summary. It should be noted that although usability testing is a qualitative tool, simple summaries of task success/fail rates can help drive recommendations and build consensus around usability issues and challenges. 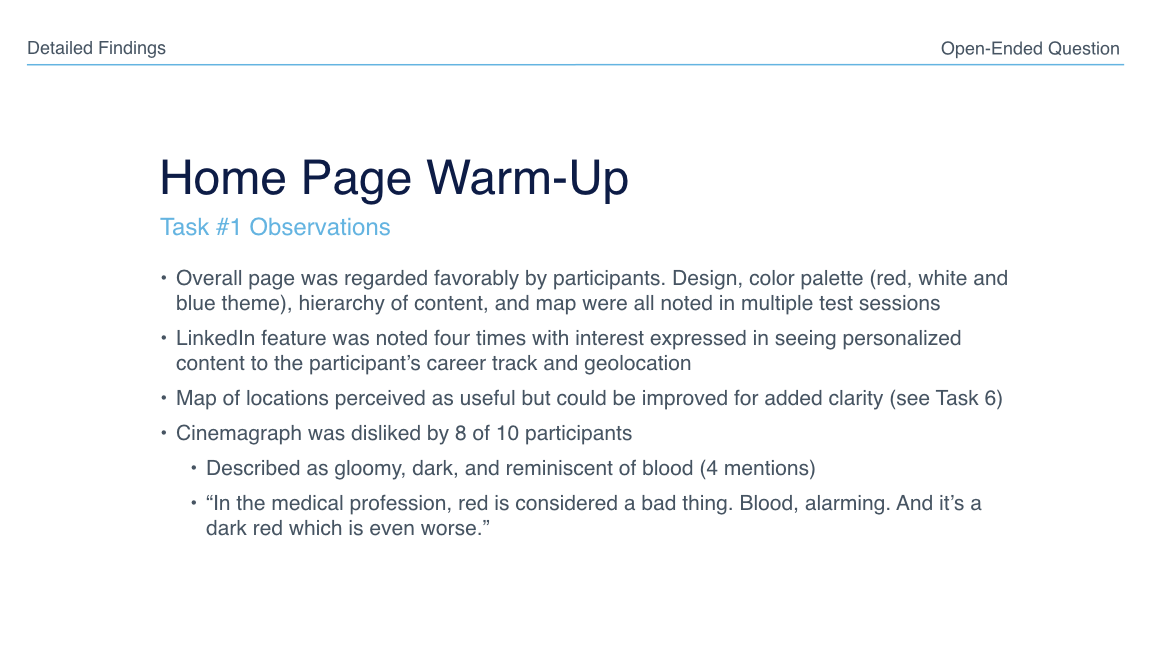